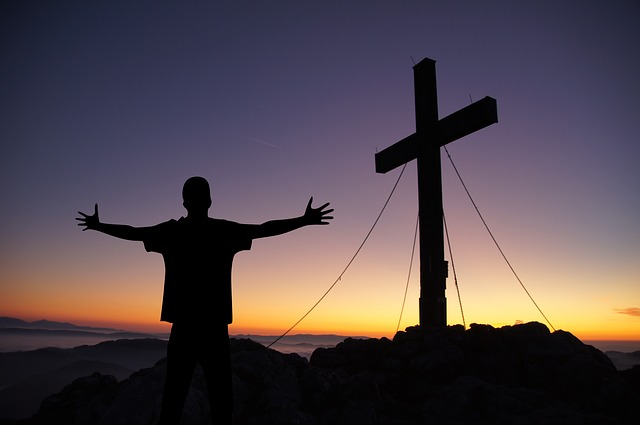 Acts 17:1-3 (ESV) says this, “Now when they had passed through Amphipolis and Apollonia, they came to Thessalonica, where there was a synagogue of the Jews. 2 And Paul went in, as was his custom, and on three Sabbath days he reasoned with them from the Scriptures, 3 explaining and proving that it was necessary for the Christ to suffer and to rise from the dead, and saying, “This Jesus, whom I proclaim to you, is the Christ.”

The apostle Paul comes to the city of Thessalonica, and he proclaims Jesus as the Messiah from the Scriptures for three Sabbath days.  His message focuses on the death and resurrection of the Lord Jesus.  The death and resurrection show that indeed Jesus is the Messiah and God’s Son.  We read in Acts 17:2,3 that Paul reasoned from the Scriptures, explaining and proving that it was necessary that Christ suffer and  die.  A few questions come to mind from these words such as:

“And beginning with Moses and the all the prophets, he interpreted to them in all the Scriptures concerning himself.”

Paul preaches and teaches in the synagogue concerning the Lord Jesus, that He died for our salvation and rose again.  Paul was a student of the Old Testament Scriptures and came to believe in Jesus as the Christ and the divine Son of God.  Paul could see that the Lord Jesus in His person and work is the overarching theme of God’s written revelation.  As Christians we also should be able to give a reason for the hope that is in us, just as Paul does (1 Peter 3:15).

As to the second question, what is the nature of this proof of which the apostle Paul is speaking, Paul proclaims the message of the Gospel.  The text of Acts 17:4,5 says that some were persuaded and believed while others were jealous and formed a mob to try to attack Paul and his companions.  This helps us to understand that while Paul reasoned from the Scriptures and gave evidence from God’s Word that Jesus was the Christ, not all people came to believe.  It wasn’t that something was deficient in Paul’s presentation of the Gospel.  We should not be discouraged when we speak about the Gospel to someone and they dismiss the Gospel out of hand.  Neither the apostle Paul nor any other believer can convince the skeptical.  We need to pray for them and continue to treat them with respect.  It is also important, if we are able, to try to get at the specific reasons for their skepticism. Ultimately only God can turn someone’s heart and give them the gift of faith in Jesus as the risen Lord and Savior.  May God give us a grounding in the Scriptures, a desire to tell others about the Lord, and a prayerful trust in the Holy Spirit to work in peoples’ hearts to bring them to faith in the Lord Jesus Christ.