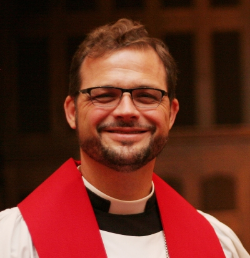 Rev. John Boonzaaijer is the new President of the Board of Foreign Missions of the Reformed Episcopal Church.  Currently he is also Rector of The Chapel of the Cross in Dallas, TX.

The Reformed Episcopal Church’s Board of Foreign Missions has promoted mission endeavors for more than 120 years. The Board’s goal is to equip indigenous peoples to reach their culture for Christ. The Board is in alliance with ministries serving Africa, Germany, Cuba, Croatia, Serbia, and Southeast Asia. To see more about the Board of Foreign Missions, go to the link by tapping on the “Launch Project” button.