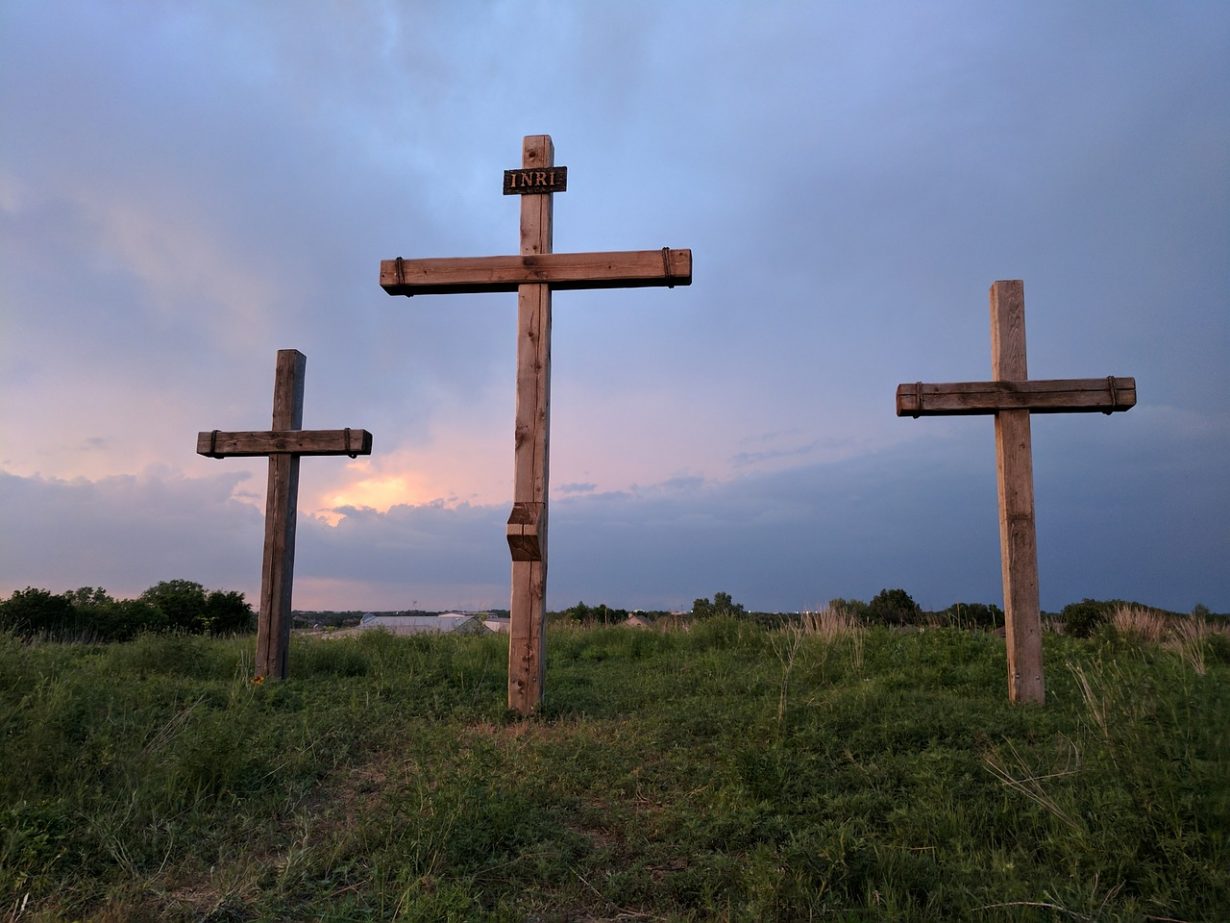 As Jesus is hanging on the Cross, there are two men who are being crucified on either side of Him.  In Luke 23:39-42, we see the contrast between these two men and how they respond to Jesus.  They are aware of the identity of Jesus, if only by the wording of the sign hung on the top of His cross saying that He is Jesus, King of the Jews. Also, the crowds are shouting, “He saved others; let Him save Himself, if He is the Christ of God, His chosen One” (Luke 23:35) The one criminal says to Jesus, “Are You not the Christ?  Save yourself and us.” (Luke 23:39) In this man we see the same mockery that the crowd and the soldiers are verbalizing.  They do not believe in Jesus as the Christ at this point and their words are an outward expression of the unbelief and the skepticism in their hearts toward Jesus as the Messiah sent from God.  The criminal is joining with the jeering and ridicule of the crowd gathered here at the foot of the Cross of Christ.

In contrast to the one’s criminal’s unbelief, we see a totally different outlook from the other offender.  He says to the Lord as recorded in Luke 23:40-42:

“40 But the other rebuked him, saying, “Do you not fear God, since you are under the same sentence of condemnation? 41 And we indeed justly, for we are receiving the due reward of our deeds; but this man has done nothing wrong.” 42 And he said, “Jesus, remember me when you come into your kingdom.”

This man acknowledges that he is under a just sentence of guilt before the law.  And he rebukes the other criminal while admitting that they have done wrong and deserve the justice they are receiving under the law.  More importantly, he also knows something of the help that is to be found in Jesus.  He realizes the brokenness of his soul, and with faith, cries out to Jesus, “Remember me when You come into the Your kingdom.”

This man comes to the realization that Jesus is the King of His kingdom, and he humbly pleads with Jesus that he would be remembered and granted entrance into the Lord’s kingdom.

The criminal on the cross looks to Jesus with humble faith in Him as the King of God’s kingdom. Therefore, his sins are placed on Christ, and the righteousness of the Lord is given to the man out of God’s grace and mercy.  As Christ died on the Cross, He suffered on our behalf, in our place!  Martin Luther calls this “the blessed exchange” of Christ becoming sin for us so that in Christ we might receive the righteousness of God (2 Corinthians 5:21). He took what we deserved and gave us what He earned – His righteousness.

This criminal is an example of what happens to all Christian believers, who at the foot of the Cross look up in faith, trusting in Christ for the forgiveness of their sins!  To our Risen Lord and Savior Jesus Christ be all praise and glory!