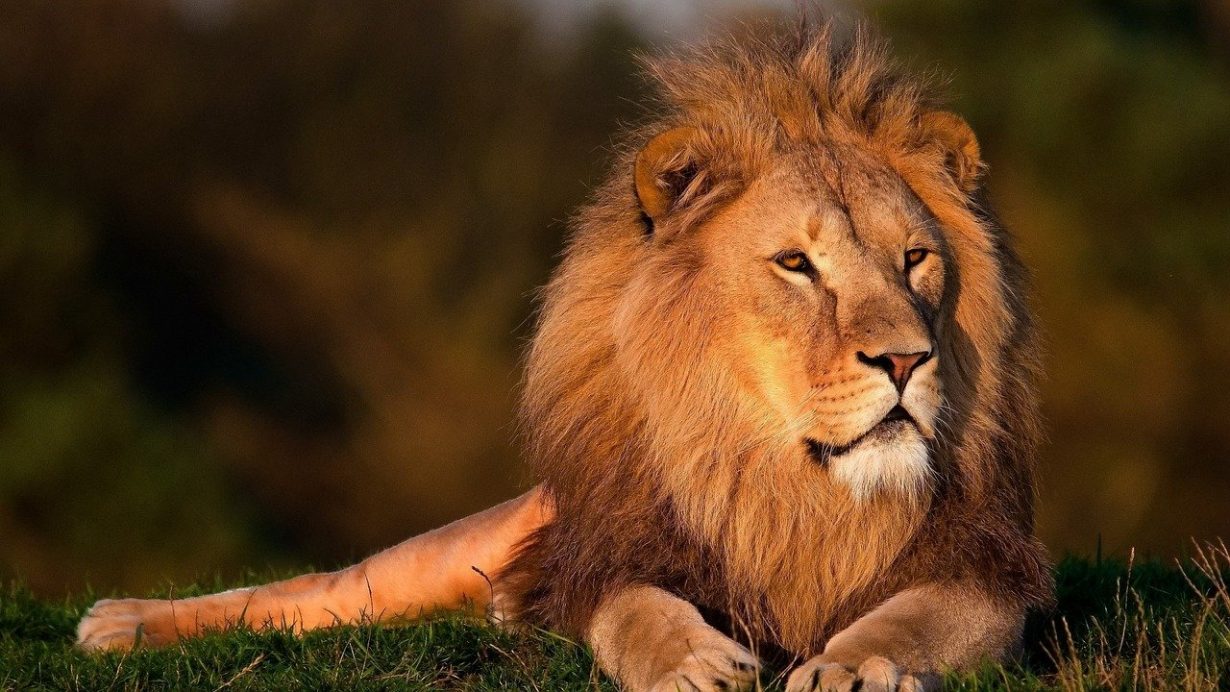 In The Lion, the Witch and Wardrobe, part of the Chronicles of Narnia, written by C. S. Lewis, the main characters are finding out about the lion, Aslan, the King of Narnia from Mr. and Mrs. Beaver.  Here is the often-quoted exchange:

“Who is Aslan?” asked Susan.
“Aslan?” said Mr. Beaver, “Why don’t you know? He’s the King… It is he, not you, that will save Mr. Tumnus…”
“Is—is he a man?” asked Lucy.
“Aslan a man!” said Mr. Beaver sternly. “Certainly not. I tell you he is the King of the wood and the son of the great Emperor-Beyond-the-Sea. Don’t you know who is the King of Beasts? Aslan is a lion—the Lion, the great Lion.”
“Ooh!” said Susan. “I’d thought he was a man. Is he—quite safe? I shall feel rather nervous about meeting a lion.”
“That you will, dearie, and no mistake,” said Mrs. Beaver, “if there’s anyone who can appear before Aslan without their knees knocking, they’re either braver than most or else just silly.”
“Then he isn’t safe?” said Lucy.
“Safe?” said Mr. Beaver. “Don’t you hear what Mrs. Beaver tells you? Who said anything about safe? ’Course he isn’t safe. But he’s good. He’s the King, I tell you.”

When confronted by the idea of Aslan, the lion who is a type or figure of God, Lucy asks, “Is He safe?”  Later in the book another character, Mr. Tumnus, also says, “He’s wild, you know. Not a tame lion.”  — C.S. Lewis (The Chronicles of Narnia)

As I thought about these familiar quotes from The Lion, the Witch and Wardrobe, I think they have much to teach us about the kind of King that God is.  We are told this in Hebrews 12:28-29:

28 Therefore let us be grateful for receiving a kingdom that cannot be shaken, and thus let us offer to God acceptable worship, with reverence and awe, 29 for our God is a consuming fire.

This picture of God being a consuming fire reminds us that while God is God, He is not safe in the sense that He will guide us through difficult seasons in our lives which make us uncomfortable or even give us pain but are for our good.  He is the good King who rules in our lives and teaches us that we are not to try to be in control.  Instead, we are to acknowledge who is the only true King and submit to His good will and pleasure even during times of hardship and suffering.

The writer of the Hebrews urges us to offer acceptable worship to God with reverence and awe. As we consider the concise message about worship in these verses from Hebrews 12, notice that it comes at the end of book whose theme has been a lengthy sermon urging the people to continue in their faith in the Lord despite hardship.  For runners who run a long race like a marathon, quitting is such a temptation because a runner is in severe pain.  A third or half-way through the race the contestants are really focused on just crossing the finish line and may not even be so concerned about their place in the race.  If they focus on their pain, all they may want to do is give in to the temptation to call it quits which will be ever so strong.

Our Christian life can be like that at times.  We do go through pain and hardship, but we hope to endure these trials in a manner which is pleasing to God without turning our backs on the One who loves us.  We are called to run this race with endurance and perseverance. Let us renew our minds by remembering that God doesn’t change and His promises do not change.  He will never leave us nor forsake us, even when we go through hard trials and perhaps especially as we go through trials! God is with us.  May we continue to trust in Him who is holy, righteous, and merciful.  God is not safe and truly the Christian life is not safe, but God is good, and He is our King! May we serve Him with godly reverence and awe trusting in Him to provide the strength we need to persevere and endure.  Let us go back to the beginning of Hebrews 12 and remind ourselves:

12 Therefore, since we are surrounded by so great a cloud of witnesses, let us also lay aside every weight, and sin which clings so closely, and let us run with endurance the race that is set before us, 2 looking to Jesus, the founder and perfecter of our faith, who for the joy that was set before him endured the cross, despising the shame, and is seated at the right hand of the throne of God.