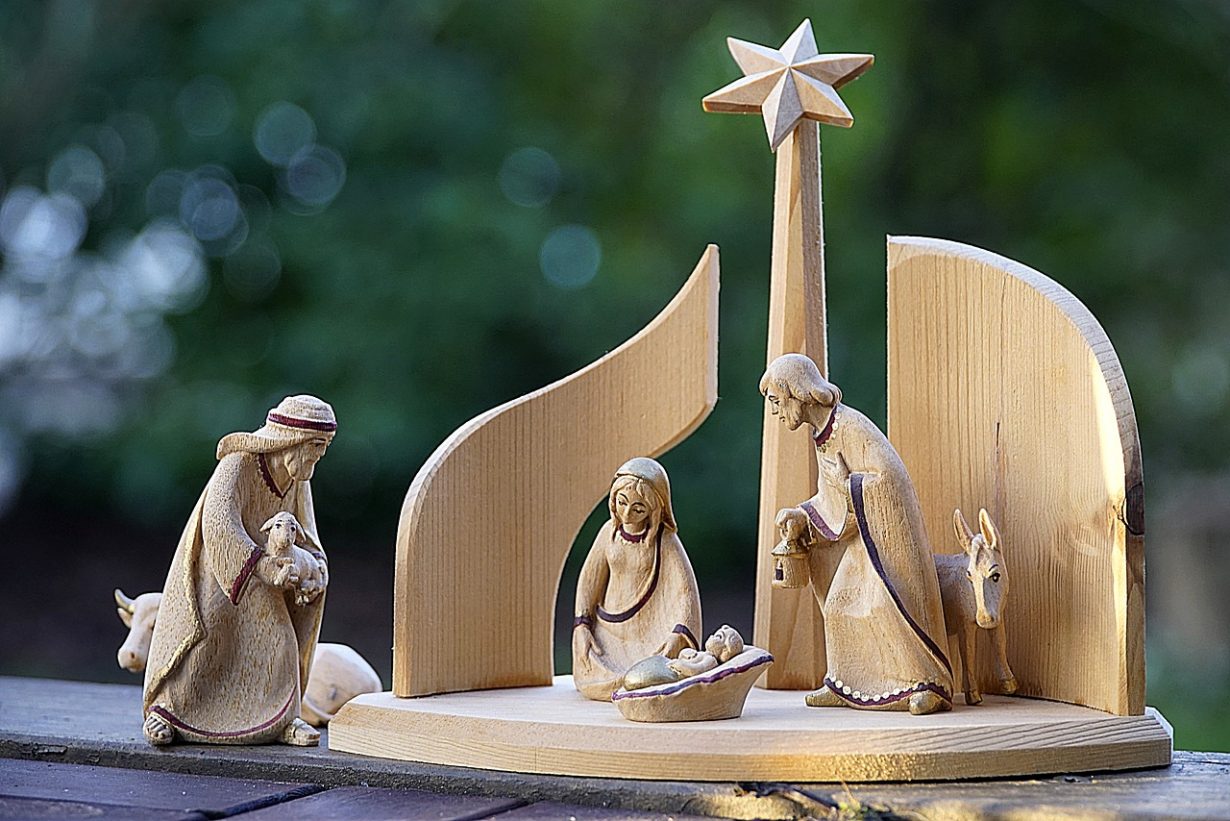 The word for my article this month is “Incarnation.”  When Christians use the word “Incarnation,” we mean the fact that God became human. This awesome mystery of our Christian Faith is taught most vividly in John 1:14,17,18:

“14 And the Word became flesh and dwelt among us, and we beheld His glory, the glory as of the only begotten of the Father, full of grace and truth. 17 For the law was given through Moses, but grace and truth came through Jesus Christ. 18 No one has seen God at any time. The only begotten Son, who is in the bosom of the Father, He has declared Him.”

I want to focus on two key ideas about our Lord Jesus’ Incarnation.

First, the baby born at Bethlehem was God. Fully God.

When the Bible proclaims Jesus Christ as the divine Son of God, the assertion is meant to teach His distinct personal deity. The Christmas message rests on the staggering wonder that the child in the manger was God. When we follow the flow of thought in the prologue of John’s Gospel in John 1:1-18, we have a truly clear identification of the deity of the Lord Jesus Christ. In the first verse of John 1, we have substantial teaching on the divine identity of Jesus who is called “the Word.”  John 1:1 says that “In the beginning was the Word.”  The Word, which we see later in John 1:14,17, and 18, is identified as Jesus Christ, and He is eternal. He had no beginning, and He always existed. John 1:1 goes on to say that the “Word was with God.” This speaks of the Word’s personality. The Word was distinct from God the Father but has an eternal relationship with God the Father. The last phrase of John 1:1 says, “the Word was God.”  This highlights the Word’s deity. Though the Word is distinct from God the Father, He is not a creature made by God the Father, but Himself is God just as the Father is God. The Christmas message rests on the astounding reality that the child in the manger in Bethlehem was God.

Second, the baby born at Bethlehem was God made man. Fully man.

John 1:14 speaks that the “Word became flesh and dwelt among us.”

J.I. Packer says this about the humanity and divinity of our Lord in his book Knowing God,

“The Word had become flesh; a real human baby.  He had not ceased to be God; He was no less God then than before; but He had begun to be man.  He was not now God minus some elements of His deity, but God plus all that He had made His own by taking manhood to Himself.”

Our proper response to God’s awesome grace given to us in the Incarnation of the Lord Jesus should be one of worship and adoration. Let us remember that this revelation of Jesus as both God and man and His saving work for us is what Advent and Christmas is all about. I will close with these words from the last verse of the Hymn O Come, All Ye Faithful,